Hotels, luxury resorts and management companies that funnel money back to a single company have secured about $53 million in federal virus aid, the largest known amount to benefit one firm and the latest example of how the government’s small business relief program is also helping big companies.

Ashford Inc., an asset management firm based in Dallas, makes money partly by advising two real estate investment trusts: Ashford Hospitality Trust and Braemar Hotels & Resorts, which together own more than 100 properties. Those companies reported in public filings that their hotels had received millions in forgivable loans through a government program meant to help small businesses. The so-called Paycheck Protection Program ran out of its initial $349 billion on April 16, leaving many small companies with no assistance.

Congress is expected to add another $310 billion to the program, but there are growing concerns that the Treasury Department and the Small Business Administration have not done enough to prevent big companies from getting funds ahead of smaller, often independent businesses with no other financing options.

Several other big, publicly traded companies have received forgivable loans, including J. Alexander’s, whose restaurants received $15 million; Ruth’s Hospitality Group, parent to Ruth’s Chris Steakhouse; and Shake Shack, which has since returned the loan. That has prompted an outcry from lawmakers and small-business owners, who say this goes against the intent of the program.

Treasury Secretary Steven Mnuchin said his department would be issuing new guidelines on Wednesday that would tighten the rules for which types of companies could get forgivable loans, potentially restricting publicly trade companies from accessing the relief funds.

Mr. Mnuchin, who said this week that the program was not intended to aid big companies that have access to capital, urged firms that received loans to return the money if they did not meet the eligibility requirements. If they did not, he said, the loan would not be forgiven and those firms could face “severe consequences.”

“If they pay the money back quickly, there will be no liability to Treasury and the S.B.A.,” he said. “If they don’t, they could be subject to investigation.”

Ashford Hospitality’s affiliated hotels received $29 million of the $31.1 million they had requested as of mid-April, according to its financial filing. The biggest chunk of money went to the Ritz Carlton Atlanta and a Sheraton in Anchorage, Ala., In all, 42 properties from Manhattan Beach, Calif., to Plano, Tex., were listed as recipients of aid. 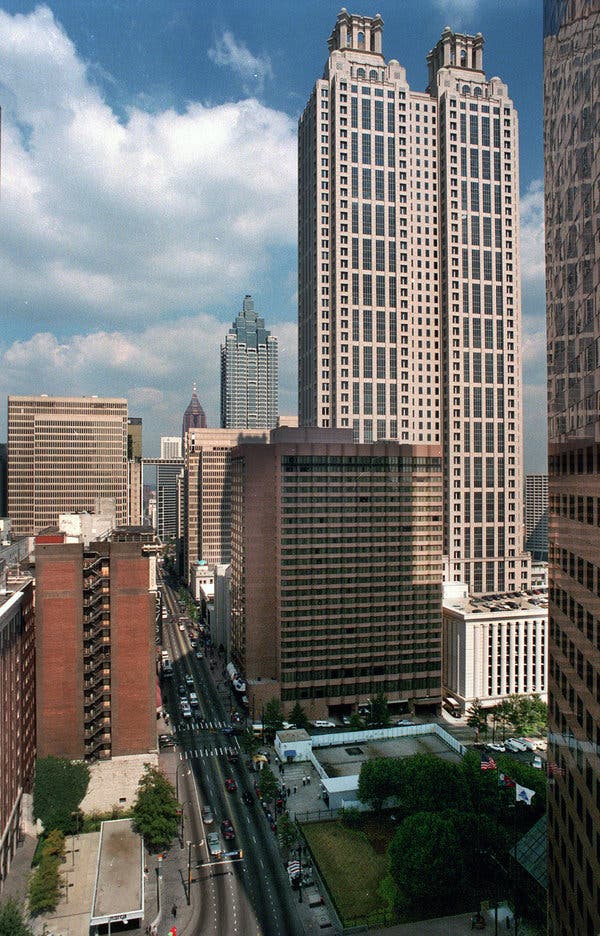 The Ritz Carlton Atlanta, one of the hotel affiliated with Ashford Hospitality that received $29 million in relief from the Paycheck Protection Program. Credit…Atlanta Journal-Constitution, via Associated Press