On April 10, Tony Thompson, the sheriff for Black Hawk County in Iowa, visited the giant Tyson Foods pork plant in Waterloo. What he saw, he said, “shook me to the core.”

Workers, many of them immigrants, were crowded elbow to elbow as they broke down hog carcasses zipping by on a conveyor belt. The few who had face coverings wore a motley assortment of bandannas, painters’ masks or even sleep masks stretched around their mouths. Some had masks hanging around their necks.

Sheriff Thompson and other local officials, including from the county health department, lobbied Tyson to close the plant, worried about a coronavirus outbreak. But Tyson was “less than cooperative,” said the sheriff, who supervises the county’s coronavirus response, and Iowa’s governor declined to shut the facility.

“Waterloo Tyson is running,” the company said in a text message to employees on April 17. “Thank you team members! WE ARE PROUD OF YOU!”

Five days later, the plant was closed. Tyson said the reason was “worker absenteeism.” As of Thursday, the county health department had recorded 1,031 coronavirus infections among Tyson employees — more than a third of the work force. Some are on ventilators. Three have died, according to Tyson. 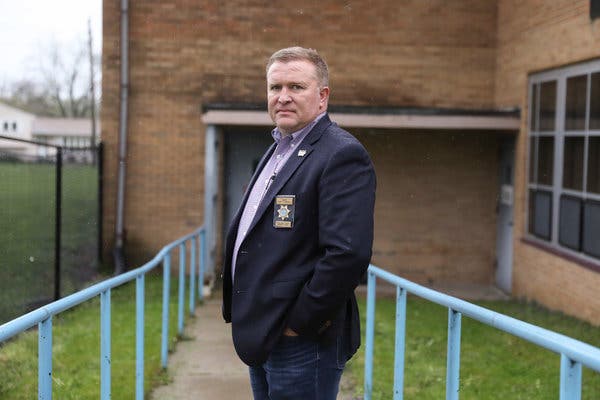